Gdańsk - a city of shared histories 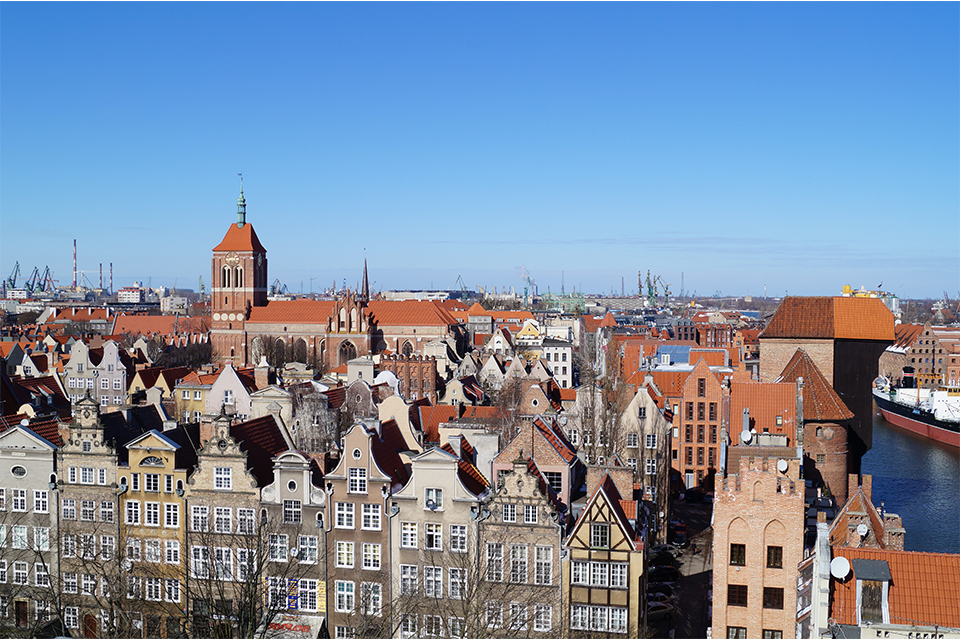 SHARED HISTORY is a project developed jointly by the Baltic Sea Culture Centre in Gdańsk, LCCA (Latvian Modern Art Centre) from Riga and Fargfabriken from Stockholm -the Project Leader. It is based on the concept of history as a combination of individual experiences that together make up a portrait of the multinational and multicultural country.

For centuries Gdańsk has owed its development and beauty to many foreigners arriving from faraway regions: the Netherlands, Germany, Scotland, France and other places. … Today they might be called immigrants or refugees. They settled here, using their talents and abilities in the service of the city. Hundreds of these "single narratives” of newcomers and long-established residents of Gdańsk have blended together to form a unique architectural and intellectual structure of the city.

On the other hand, this urban space once emphasized the ideological narration of the division, before WW II as well as in the years after it: indeed, the postwar Gdansk was raised on the ruins of the pre-war Danzig. Following the ravages of World War II, "old" inhabitants escaped the city and settled in Germany while new residents arrived from various regions of Poland – also those just torn away from the Polish territory. These new arrivals largely built the city from scratch. 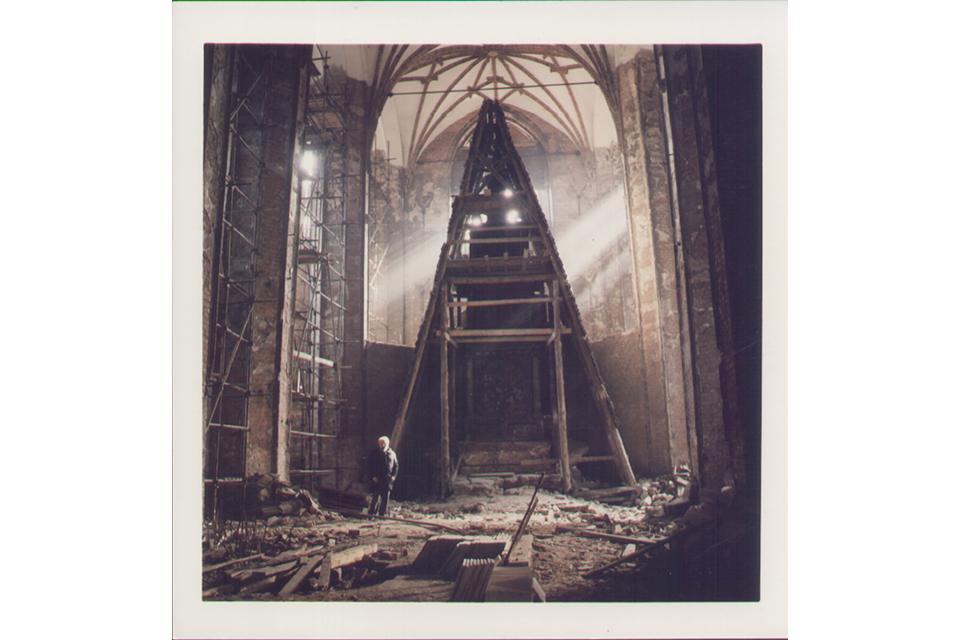 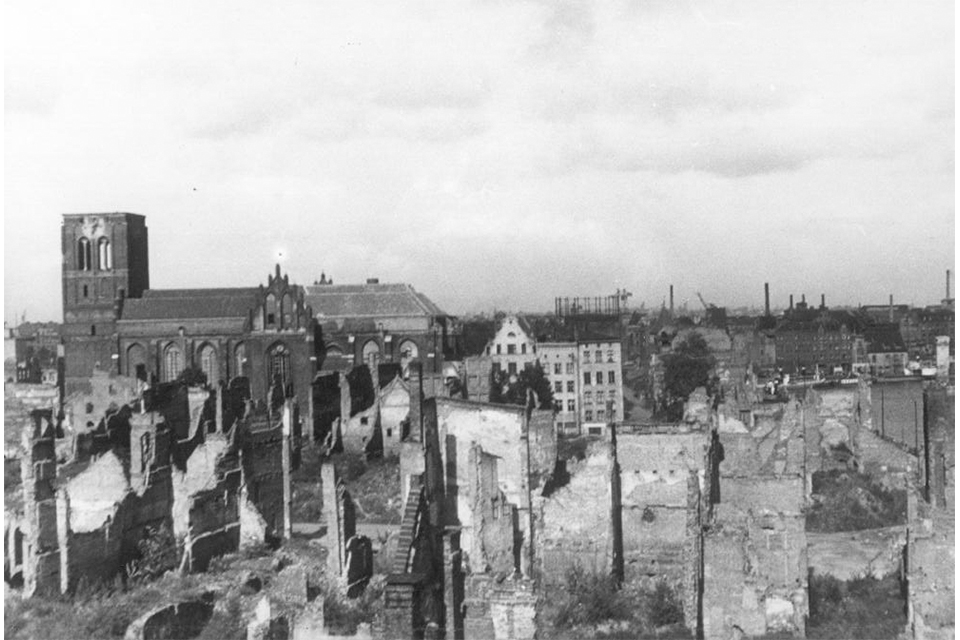 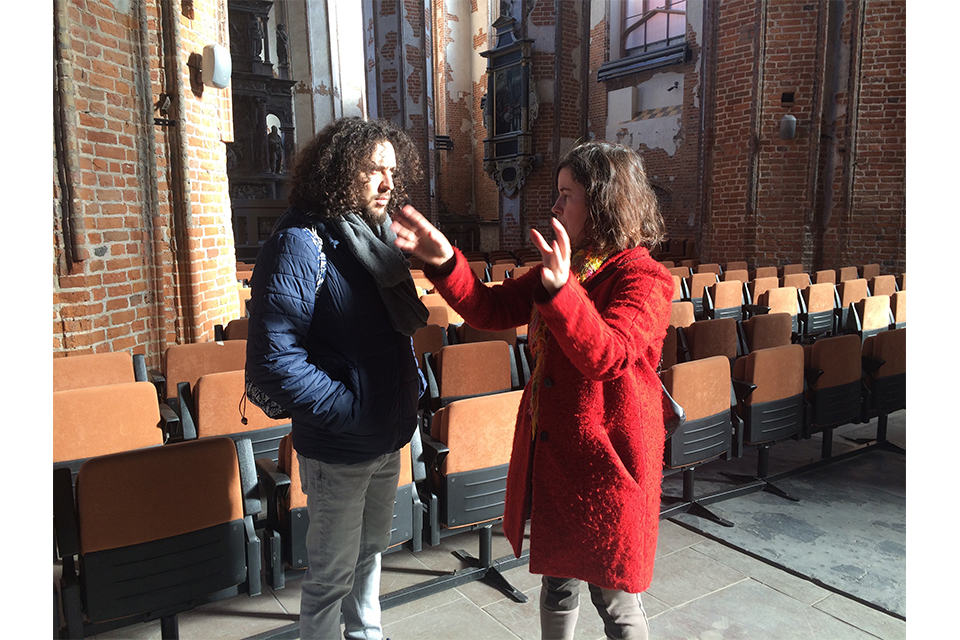 The artistic tandem working in Gdańsk consists of a visual artist Agnieszka Wołodźko and a film director Ibrahim Mouhanna.In the Polish edition of the project we look at Gdańsk from a historical perspective as a city to which "everyone brought the best things they had" – to quote the title of a book by Mieczysław Abramowicz. This modern myth of multicultural Gdansk, although not entirely adequate  for every historical period, has been welcome by Gdansk citizens helping them to bridge Gdansk turbulent past with its present and the future.

The question how, depending on the historical heritage, the collective memory, the physical space of the city and its images were shaped, through the politics of memory, is referred to in the article entitled “Dilemmas of Identity in Contemporary Cities. The City of Gdansk as an Example” by Małgorzata Dymnicka and  Jakub Szczepański from Gdańsk University of Technology, Faculty of Architecture. They further claim that although identities are not time-proof, in favourable circumstances, they legitimize and rationalize the institutions of authority and culture. Nowadays, however, the public discourse on memory and identity is dominated by  the concept of Gdansk as a multicultural city, which has been carefully developed.

The analysis of the processes which after 1989 led to Gdansk historic landscape becoming a symbol of the city’s multicultural past and identity in contrast to being perceived mainly in national categories before and after WW II, is presented by Barabara Bossak – Herbst, University of Warsaw, Institute of Sociology, in the article entitled “Monuments and Social Memory in Gdansk”. She also emphasizes the vivid interest of local city activists and the inhabitants themselves in the appearance of their city, as well as fervent public discussions on the past and future of historical spaces. Those attitudes were first inspired by the series of photo albums, magazines and books discovering Gdansk past and nowadays the interest in the city’s history is maintained by local associations.

Gdańsk – the city of freedom and solidarity – remains open to this day. As the citizens of Gdansk we look back with pride at the shared history of our city and look forward with hope towards its future rich in diversity.

Life has written a tragic epiloge to the Gdansk edition of the Shared History event. On 13 January 2019 the Mayor of Gdansk, Pawel Adamowicz, was assasinated on stage during a big charity event. He has been mourned by thousands of people - not only in his native Gdansk but all over Poland. It is important to emphasize that under Paweł Adamowicz's leadership Gdansk has fully lived to its name as the "city of solidarity and freedom" - not only in the context of the historic Solidarity movement but also today in the context of the Immigrant Integration Model and the Model for Equal Treatment adopted here. These solutions have been innovative in Poland and serve as inspiration also to other Europen cities. It is thanks to this climate of openess and tolerance that we could fully realise our programme of the Shared History project and even go beyond the results we had originally planned. We - here at the Baltic Sea Cultural Centre, as many other cultural activists in artistist in Gdansk - feel more than ever obliged to continue pursuing the goals defined by us in the Shared History project - to foster respect and understanding for diversity in the society and thus assure better integration of migrants and refugees into the Gdansk community. We are all "United by Gdansk".
( Magdalena Zakrzewska-Duda, Shared History coordinator on behalf of the Baltic Sea Cultural Centre in Gdansk, 21 January 2019)