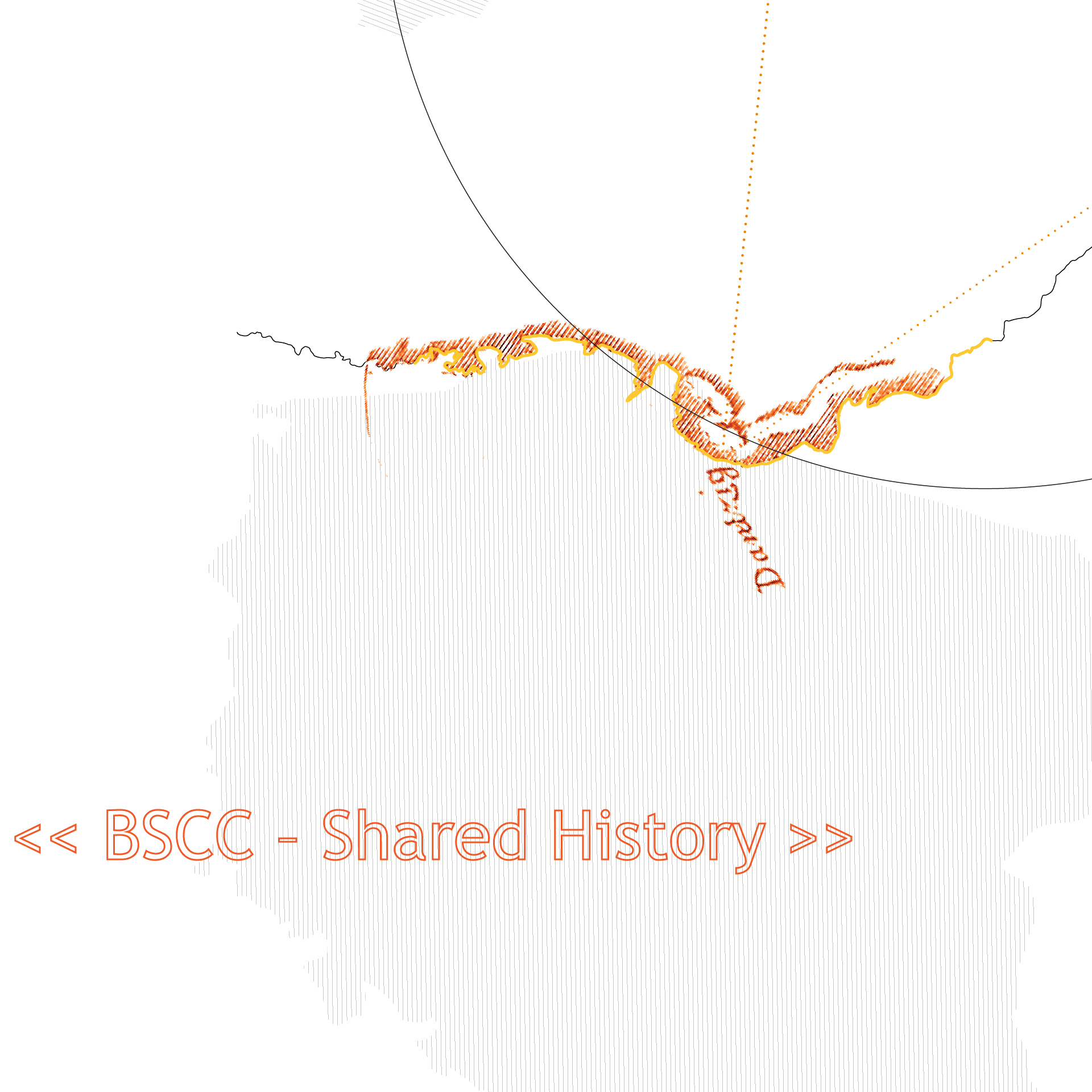 The exhibition is developed within the project Shared History, jointly by a Syrian/Swedish artist – director Ibrahim Mouhann and Agnieszka Wołodźko – a visual artist from Gdansk, Poland

Between April 20th and June 3rd, 2018, the Gdańsk-based duo of artists: Agnieszka Wołodźko and Ibrahim Mouhann presented their two complementary creations in St. John's Centre. Their artwork is closely related to the idea of cross-cultural dialogue. The exhibition venue of St. John’s Centre represents the multinational character of Gdańsk as a city owing its development and artistic beauty to a large number of newcomers arriving from the Netherlands, Germany, Scotland and France. Today they might be called immigrants or refugees. They settled here, using their talents and skills in the service of the city. Hundreds of these “single narratives” of newcomers and long-established residents of Gdańsk have blended together to form a unique architectural and intellectual structure of the city.

The exhibition was had a program of introductory talks by guides in different languages. A storytelling workshop explored how people with different backgrounds can use storytelling to gain more understanding of their own history as well as connecting with other's.

AGNIESZKA WOLODZKO (b. 1961) – artist, curator and researcher, President of the Board of the Foundation "Cultures beyond culture". She studied at the Faculty of Interior and Industrial Design and the Faculty of Painting and Graphic Arts at the Academy of Fine Arts in Gdańsk and defended her doctorate in the Institute of Cultural Studies at A. Mickiewicz University in Poznan. She realizes international projects in the area of intercultural dialogue and issues of public space and sphere. She works with many media: actions, curatorial projects, photography, installation, sound works, and workshops for various social groups. She writes texts on contemporary art and culture and published books: Japan 2002-2003. Photographic Diary (2005), Reading Walls (2014), and Encounters and Microutopias. Participatory art in Scandinavia (2017). Currently curates project Room for Improved Futures at rum46 in Aarhus, Denmark, and is a member of the international Think Tank Transbaltic. Website.

By Agnieszka Wołodźko (Poland)
Cooperation: Ibrahim Mouhanna (Syria, Sweden)
The work makes a reference to the Italian Jesuit Paolo Dall'Oglio who lived in Syria for 30 years. He reconstructed the Monastery of Saint Moses the Abyssinian situated 80 km north of Damascus, where he organised an ecumenical community – a meeting place for Syrian Christians and Muslims. He was a pacifist supporting the anti-Assad opposition. In 2013 he was kidnapped and has remained missing since.

One of the walls of St. John's Centre will become a part of the installation, and the remains of stairs within it will be highlighted, to make a reference to the mountain landscape and stairs leading to the monastery where Paolo used to work. Below, on carpets, there will be a place to sit for the viewers, information about the missing man and a screen displaying a short documentary by Ibrahim Mouhanna.

"My project is a site-specific installation and an arranged situation involving the audience. Its theme relates to the figure of the Italian Jesuit Paolo Dall'Oglio, who lived in Syria for 30 years. He rebuilt a monastery of Deir Mar Musa located 80 km north of Damascus, and organized an ecumenical community there – a meeting place for Syrian Christians and Muslims. He was also a pacifist, he supported the opposition objecting the Bashar al-Assad government. In 2013 he was kidnapped and the trace of him was lost. On one of the walls in the north aisle, I display remains of internal stairs. This wall, with its brick structure, is reminiscent of a mountainous landscape near the monastery where Paolo was active and the stairs leading to it. I place a ceramic object on the wall, referring to the architecture of the monastery. I hang a “flag” with an inscription “Waiting for Paolo Dall'Oglio” from a keystone under the vault. On the floor by the wall, I spread carpets, referring to the carpets on the floor of the said Syrian monastery. The rugs have pillows on which the audience can sit. In the corner, on the floor, a television with a short documentary about Paolo Dall'Oglio by Ibrahim Mouhanna is placed". (Agnieszka Wołodźko)

In dialogue with Wołodźko's work, this part of the installation consists of a short film titled UnderWeAre made in Gdańsk by Ibrahim Mouhanna. It is set in a in a self-service laundry, where a group of people, including several children, act out scenes to the idea of tolerance/intolerance and “brainwashing” intended to render people incapable of independent thinking.

The film is an artistic self-portrait of Ibrahim. He says: “In the film, I want it raise a question of who takes control over yourself, your life, your mind. Is it you? Is it our dad? Is it our government? Is it our priest or Imam? What made you the person you are today? Who had influence on you? In the film UnderWeAre, I tried to be as close as possible to myself. I’m sharing part of my personal story and experiences. I want to communicate this internal dialogue to others, to Polish people in this sensitive period that Poland is witnessing now”.