Roaming without the influence of a map
During my visit to Riga and by chance; I got more than three maps of the city; each with a different design, none of them look like the other (Image No.1). Each of them tempts you at some point and leads you towards something that maybe is not your goal at all!

Roaming without the influence of a map and without the dependency of the other gives the opportunity to observe pure social phenomena, which enables us to reach full awareness of the reality. 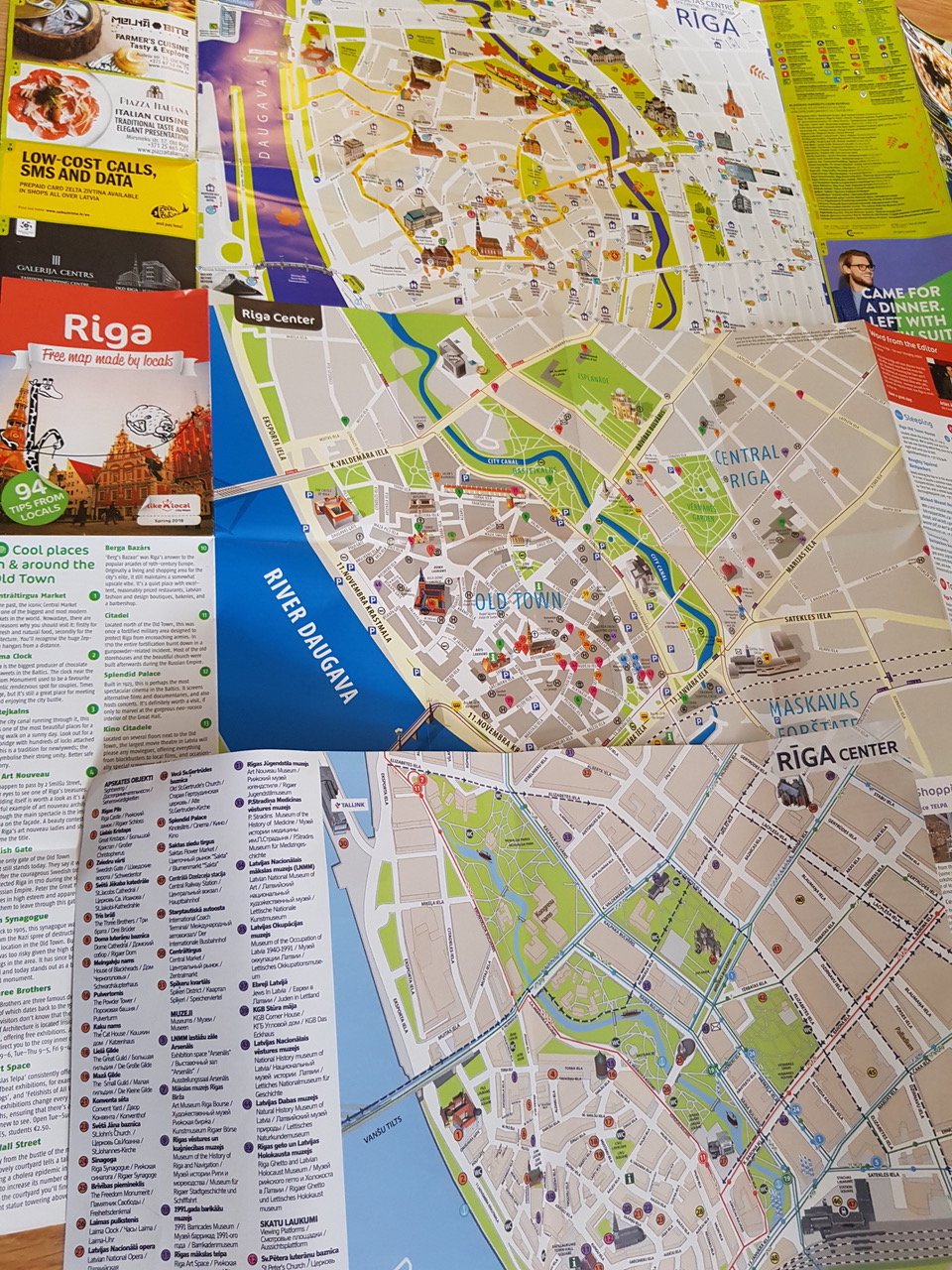 During this short journey; I decided to get lost in the city and try to draw my own map, which is coding many ideas and feelings rooted in my historical consciousness. (Image No.2). These codes embody a relationship between me and the elements of the space in the city and confirm the idea of a permanent existence of shared human history! 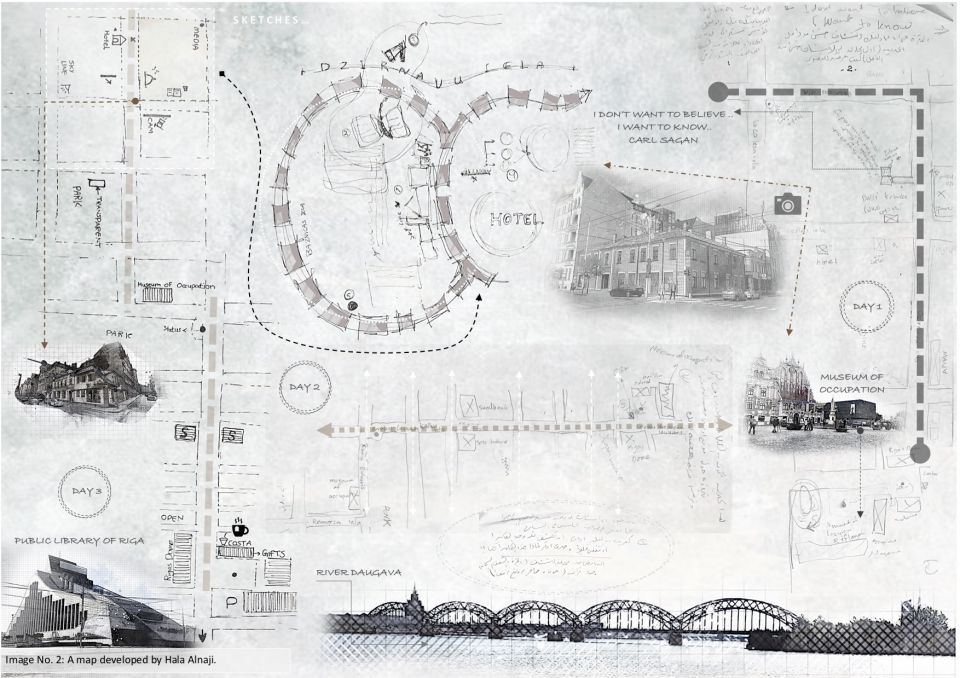 Riga was a good place to get lost. Giving Riga the chance to introduce herself to a stranger in her own way. By listening to the stones speaking to everyone who passes through, dancing on the rhythm of spaces between roadblocks, having a seat in one of the parks watching the public argue around, traveling between detours, getting lost into the mysterious alleys, tasting tiredness and testing the taste of the hot coffee after long hours of walking! To the end; where you discover how the city reacts and interact with your fears!

Contradictions themselves are a sort of relation. I have been stopped by a variety of contradictions in Riga, a city that has been ruled by Germans, Poles, Swedes and Russians; the architectural variety styles of buildings; Pre-war art Nouveau, Romanesque and Gothic Style, Soviet box-type modernism, and the neo-classical architecture, etc. In Riga, it is difficult to talk about a certain dominant theme or pattern in the facades of buildings, in food dishes, in fashion and clothing, in restaurants, even the features of people look different and show obvious ethnic diversity. The many differences in the midst of this beautiful calm of the city make you feel mad and fascinated at the same time, and you may feel at one point that there is an explosion about to happen and break this silence!

This disorder is very similar to what I experienced about two years ago when I came to Sweden loaded with all the pains of my occupied land of Palestine. Today I live in contradiction and great internal conflict as a newcomer to Sweden, one of the most prosperous and safe countries in the world; a feeling of gratitude for the safe living I have had in Sweden and a feeling of abandonment towards a homeland hanging in memory until further notice.

However, this paradox, which Riga lives today, is no different from my inner conflict. All the incongruities in cities are in fact human feelings and emotions that reflect the life and history we live in.

As an architect, my main task is to recreate spaces to achieve comfort and to promote the values of belonging, sense of security and responsibility. I was looking for a way out and a solution to this psychological conflict believing that there should be a container that embraces any differences and makes them more harmonious.

Could nature be this container? Could it work as a real link that can solve this contradiction and create harmony with flexibility and intelligence? While these ideas fluttered in me, urging to be proved or denied, we accidentally visited the Riga International Biennial of Contemporary Art (RIBOCA), where I was intrigued by an artwork by the artist Diana Lelonek, who founded the Center for Living Things (2016–18) which is a research institution established in order to examine, collect and popularize knowledge of new hybrid forms of nature. Diana has exhibited a collection of used abandoned and no longer needed objects, a waste that has become the natural environment for many living organisms. These specimens were found in illegal waste dumps, where hybrids of man-made objects and plant tissues are formed, and in urban environments where nature has taken over. (Riga Biennial, 2018) (Image No.3). 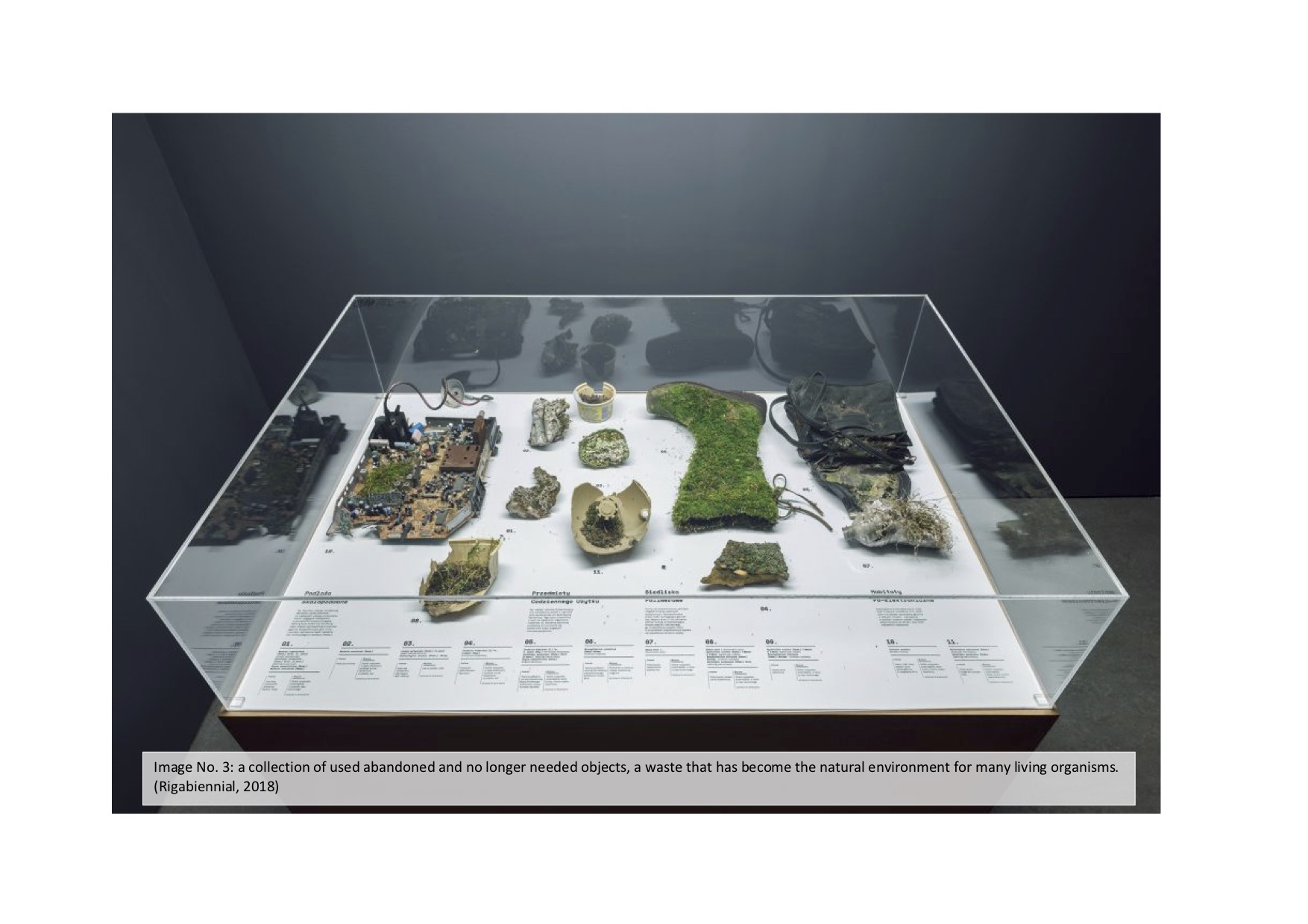 In contrast to the process of capitalist overproduction, the man-made production and consumption processes and the huge amounts of waste that the artist is trying to highlight, the way in which these objects have become an integral part of the natural system is interesting. Although there is a great difference in composition, there is also a great deal of harmony, interdependence, balance and the formation of new hybrid forms.

Hala Alnaji is an arcitecht and artist from Palestine, living in Stockholm. She is also one of  the artists who participated in the Shared History exhibition in Stockholm. 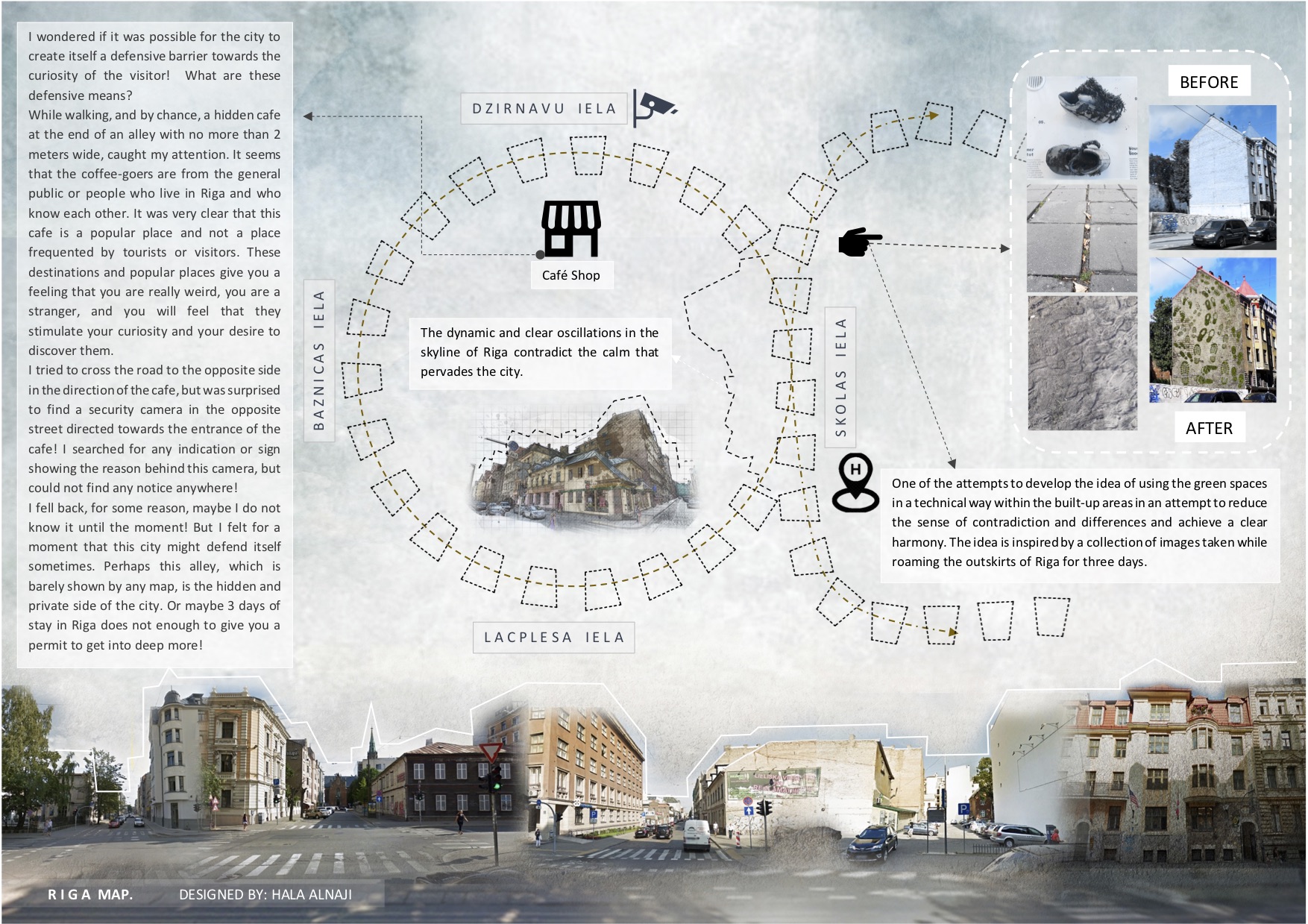