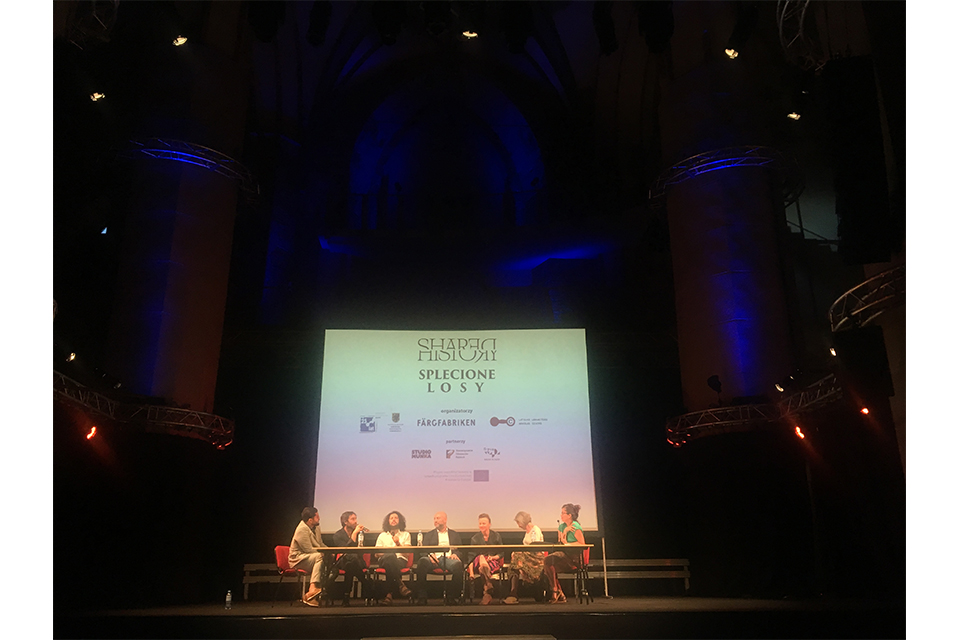 1. Presentation of the Shared History project concept by partners from Stockholm, Riga and Gdańsk and the artistic team: Poland-Syria/Sweden

2. “Multicultural Gdańsk” discussion - a general introduction to the multicultural history of Gdańsk (Mieczysław Abramowicz – writer, theatre historian and director); the present and the past (Piotr Olech – Deputy Director of the Department of Social Development of the City Council in Gdańsk, Julia Szawłowska – Immigrant Support Centre)

3. Film screenings (50 min) will highlight the impact of migration on film art. The selection of films is intended to draw attention to the cosmopolitan nature of the film industry. The common feature of the two films is that they were created by directors working away from their homeland: one immigrated to Poland (Mkhitaryan) while the other emigrated from it (Polański). The films also have the common animal theme, taking both stories beyond the limitations of space and time.

A film expert from Gdańsk University will give an introduction before the film screening.

Milk Brother (2014, directed by Vahram Mkhitarin, 30').
It is a story about a boy who would like to have a younger brother. The ten-year-old Seto is looking forward to the birth of his sibling. In the meantime his family takes in a lamb rejected by its herd... An Armenian-Polish co-production.

Mammals (1962, directed by Roman Polański, 10')
The short film focuses on the mechanisms of interpersonal relations, illustrated by the story of two men travelling across a snowy area. It was created just before the director’s departure from Poland, on the threshold of his great international career.

4. “How to be an immigrant artist” – debate Discussion moderator – Agnieszka Wołodźko
The artists will talk about the role of art in the integration and assimilation of artists in a foreign country and local environment and artists’ experiences in Poland and Sweden.

5. “Out of Water” – performance by Aurora Lubos (10’)
AURORA LUBOS is an independent artist and performer connected with British and Gdańsk contemporary scene.

Programme:
• Presentation of photo-essays by Maciej Moskwa, awarded and presented at Gdańsk Press Photo post-award exhibition ("Uchodźcy", "Granica", "Rzeczy")
• Documentary – report from the Festival of World Culture "Window Onto the World" 2013 – “Art for democratic revolution”
• Exhibition of works by Khaled Basmadji (a Syrian living in Gdańsk) highlighting his personal story connected with the outbreak of the war in Syria.
_____
NCK also ssupports the campaign Gdańsk Solidarity with the Victims of War

It will feature Art Alert Gdańsk | charity fair and concert
18 June, 12.00-06.00 p.m.
Its aim is to raise money for children from refugee centres in Poland