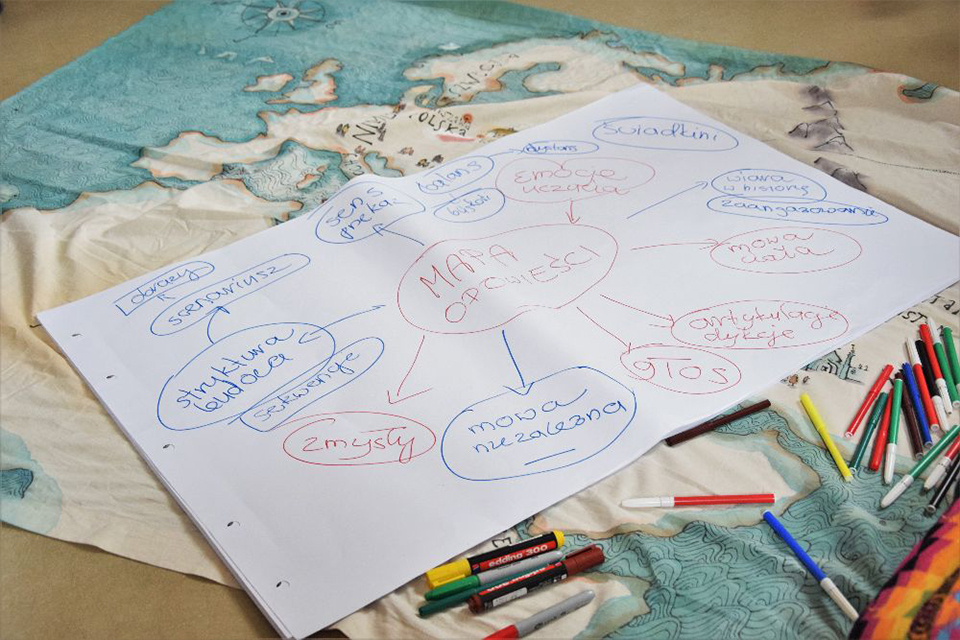 For the Shared History project, the organization Arteria in Gdansk invited women born in Poland along with female immigrants for a workshop, where participants expressed their experiences through different storytelling methods

The meeting started with a group dance. It was a very emotional moment – the women were still a bit distant as they never met before, but the dance united and integrated the group. It made the group have a feeling that they participates in something important, and at the same time something very personal. 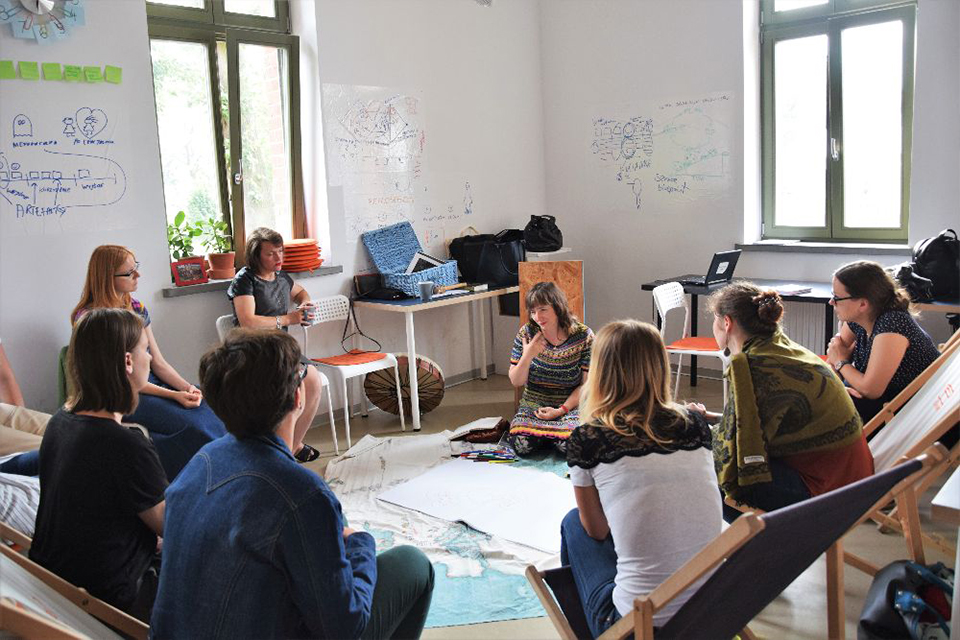 A fragment of the story 'Little Sindbads – Children on the road' introduced the group to a tale of those wandering, running away and searching for a new place on earth. A story about children from Syria and Poland, but also about women who accompany them on the way. There was among others Maria's story from Greece, Debora’s from the Philippines, Click’s from Nigeria - about how immigrants from different countries, leaders in their communities, decided to creatively act together, sharing their strength, talents, experience.

This lead to a conversation about the building blocks of stories, and how to use them – about tone of voice, gestures, expressions, the way of speaking, either slowly or more dynamically, how the means of expression have a great impact on how a story is percieved. Then there was a time for the participants to tell their own stories, beginning with story about a little girl running away from her country with her mother. It was a story from the road, very sad and emotional. It illustrated the broken dreams and new hopes of this little girl. After hearing the story, the others taks was to tell the same story but from the perspective of the mother. They all voiced a story, one after the other, in their own words, and discussed how the story changes depending on the person who tells it. This highlighted the difficulties of telling the same story from a different perspective, seen with another person’s eyes. 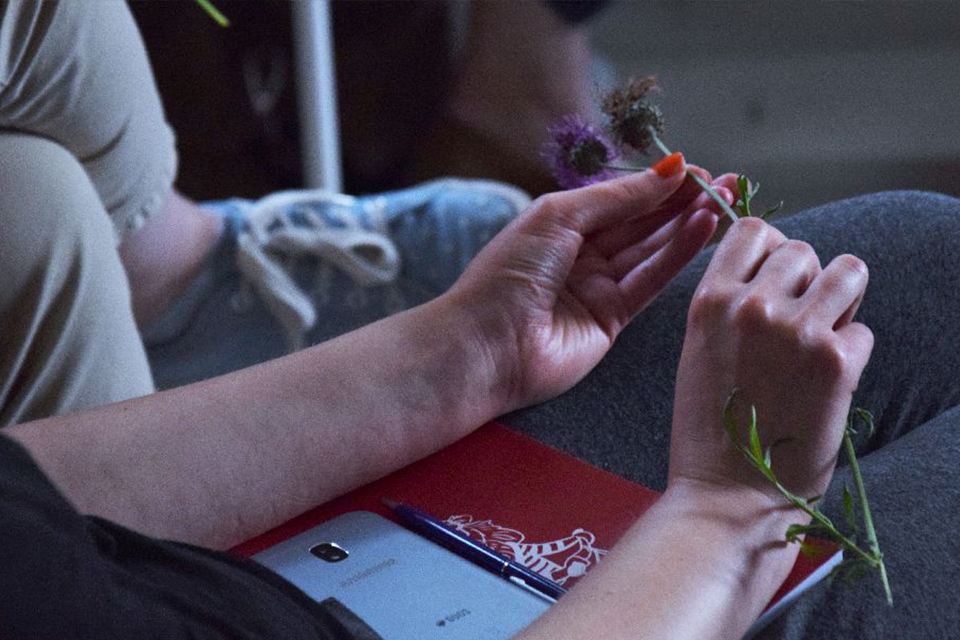 In pairs participants then created their own stories, starting from an expression that described the one who told the story, then they told the other person’s story and connected it to this expression of the partner. Telling another person’s story, choosing the moments which for each speaker were the most important, the most touching – but in ones own words. The titles given to these stories were very mysterious and lyrical. Natalia from Ukraine shared her own story on how she came to Gdansk, fleeing from Ukraine. It was a very touching moment. The participants left with a 'homework' – notebooks in which they now continue to write down experiences and everyday stories. 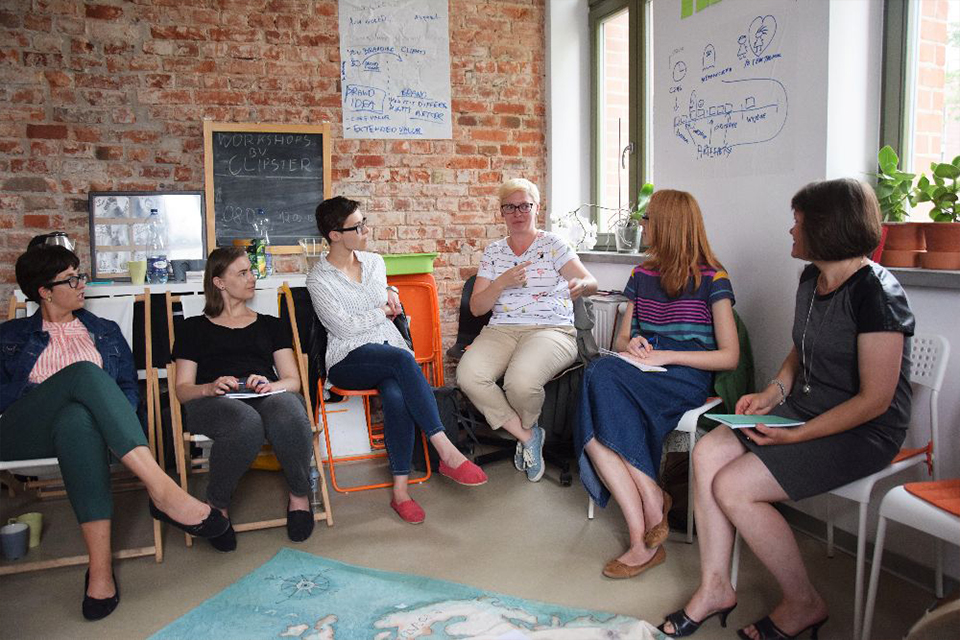 The workshop was facilitated by Beata Frankowska. She is a story-teller, educator, and cultural animator: “I have been dealing with storytelling for twenty years. I tell fairy tales, traditional and literary tales, but also small stories related to oral memory - especially of children and women. For many years I have been meeting women in women's circles, discovering our common history."

The Arteria Association was founded in 2009 in Gdansk. It conducts various activities in the field of cultural education and cultural animation in Tri-City (Gdansk, Sopot, Gdynia), which are directed at promoting equal citizen rights, social inclusion and multicultural dialogue. They are mostly interested in the fields of culture and art, which are usually neglected and forgotten. They are committed to discovering what culture omitted or undervalued, and reaching out to groups that have limited access to the fields of art and culture.

A filmed documentation of the workshop is included at the end of this film.